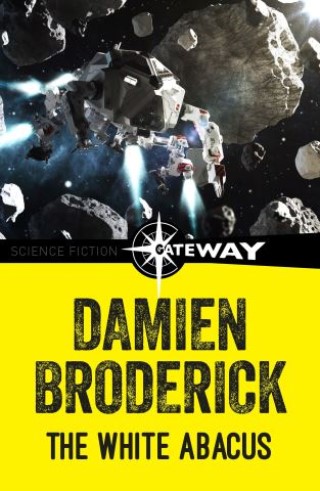 Long before William Shakespeare, tales were told of the Dane Ameleth whose noble father was murdered by the uncle who swiftly weds new widow Gerutha. Must Ameleth repay this crime by killing his uncle? The White Abacus dares to reconfigure the best known version of the classic tale, Shakespeare's Hamlet, to create a futuristic revenge drama with an entirely different outcome. Telmah is an inventive genius. Ophelia is no sobbing suicide but rather the impressive Warrior Rose, who shockingly revises the fate of her lover.

In this exotic future history, the galaxy is open to anyone who passes through a hex gate, whether hu (augmented human) or ai (artificial mind). Telmah's close friend is the ai Ratio, newly embodied to the Real. Like all members of his asteroid tribe, Telmah is forbidden to use the hex transport system, since that would doom his rebirth.

Out of this agonizing dilemma comes a feverish pursuit of truth and duty, love and near-madness, in an endlessly startling future where nothing turns out the way you expect.