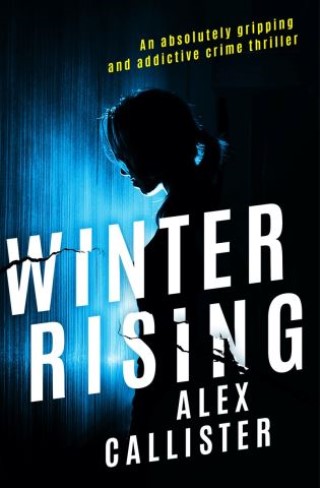 ‘This is like chess and you’re the Queen. The best player on the board doesn’t get into a fight with a pawn.’

‘The Guardsman is no pawn.’

Winter must face the most feared hitman of all time: the nameless, faceless contract killer, the Guardsman.

Winter knows global crime boss Alek Konstantin’s days are numbered after she seduced him, then revealed his identity to the world. Now, permanently on the run from the authorities, Alek fights to regain control as the brutal criminal organisation he ruled with an iron fist crashes down around him.

Then a young woman called Lucy is viciously stabbed and dumped on a mossy grave, a harrowing message for Winter carved on her forehead. Winter follows the trail to the Guardsman – a pitiless contract killer, and Alek’s top hitman. Has the Guardsman gone rogue or is Alek pulling the strings to taunt Winter once more?

In a desperate bid to lure Lucy's killer from the shadows and find a path to Alek, Winter books the Guardsman for a hit on herself. If she succeeds, she’ll have the world’s most dangerous killer at her mercy. But if she fails…

A spine-tingling suspense thriller, perfect for fans of Sandra Brown and The Girl with the Dragon Tattoo.

What readers are saying about Alex Callister:

‘Wow! Double wow!! Triple wow!!!... This book took me for a ride on a rollercoaster… This book definitely gets a place in my top for 2020…. If this is what Winter is like, I don't like the other seasons anymore.’ B for Book Review, 5 stars

‘A clever, original spy thriller… There are nods to Bond and Bourne throughout Winter Dark… She could seduce Bond and leave him heart broken. She could outfight Bourne and leave his legs broken... Winter Dark is a gripping, pacy and highly original thriller. Highly recommended.’ Goodreads reviewer, 5 stars

‘YES! YES! YES! That is how you write an action thriller. The pace is relentless. This is pure action… I highly recommend this for action junkies and anyone who likes a tense thriller.’ Goodreads reviewer, 5 stars

‘Heart-pounding danger with a female James Bond. Total adrenaline fest! The writing is top-notch and I would put Callister's action series against the best in the genre — Jack Ryan, move over!’ Goodreads reviewer, 5 stars

‘A high-octane thriller… It is a thrill-a-minute, edge-of-your-seat thriller that will have you quickly turning the page… will keep you entertained and engrossed until it’s thrilling denouement…