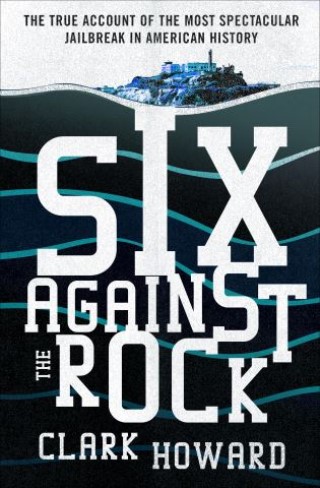 Six Against the Rock

Edgar Award Finalist: The story of the infamous escape attempt and bloody siege at Alcatraz.

In 1946, six men attempted to break out of Alcatraz Federal Penitentiary, a maximum-security prison on an island off the coast of San Francisco. Their bloody siege lasted two days, and ended with five dead and fifteen wounded—plus two of the perpetrators executed for their role in the endeavor.

In Six Against the Rock—the basis for a TV movie—an award-winning crime writer tells the story of this notorious event and the inmates who were involved, supplemented with vivid dramatic recreations that place the reader in the center of the conflict.

“The personal clash between Coy and Cretzer over leadership of the desperate little band provides much of the suspense; Alcatraz itself, that logistical marvel of a fortress, provides the rest. And for a backdrop there are two platoons of Marines firing bazookas as well as something of the grim history of that most forbidding prison.” —Kirkus Reviews, starred review

Clark Howard:
Clark Howard (1932-2016) Born in Ripley, Tennessee, Howard was one of the most honored mystery writers in America and was a longtime favorite of readers of Ellery Queen Mystery Magazine, Alfred Hitchcock Mystery Magazine, and numerous other publications. A professional writer for over 40 years, he wrote sixteen novels, six books of non-fiction, and published two collections of short stories, in addition to more than 200 uncollected short stories. Howard was honored with the Edgar Allan Poe award for best short story of 1981 from the Mystery Writers of America. In 2009, Howard won the Edward D. Hoch Memorial Golden Derringer Award for Lifetime Achievement from the Short Fiction Mystery Society.​