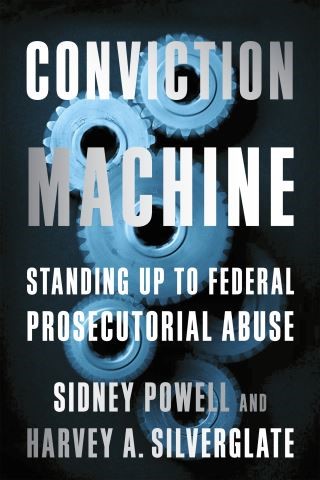 Standing Up to Federal Prosecutorial Abuse

In 2009, Harvey A. Silverglate, a prominent criminal defense and civil liberties lawyer, published his landmark critique of the federal criminal justice system, Three Felonies a Day: How the Feds Target the Innocent. In 2014, Sidney Powell, a former federal prosecutor in three districts under nine United States Attorneys from both political parties and who has been lead counsel in 500 federal appeals, published her landmark indictment of the system, Licensed To Lie: Exposing Corruption in the Department of Justice, after she witnessed appalling abuses by prosecutors—more than a decade after she entered private practice. Now these two leading authorities have combined their knowledge, experiences, and talents to produce a much-needed and long-awaited blueprint for reforming the way business is conducted within the Department of Justice and in the federal criminal courts. Both Powell and Silverglate decided to join forces to write this essential and long-awaited book in order to answer the questions and the challenges that each of them has faced over the past several years: “OK,” they’ve been told. “We understand your criticisms. Now how about telling us what has to be done to restore justice to federal criminal justice.” This collaboration is their response.