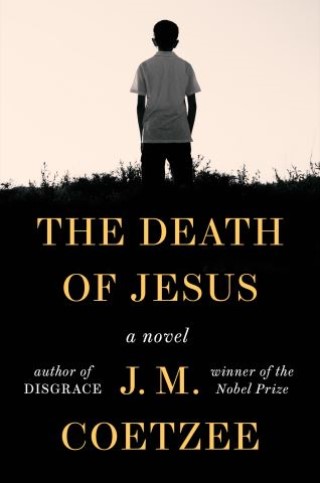 The Death of Jesus

After The Childhood of Jesus and The Schooldays of Jesus, the Nobel prize-winning author completes his haunting trilogy with a new masterwork, The Death of Jesus

In Estrella, David has grown to be a tall ten-year-old who is a natural at soccer, and loves kicking a ball around with his friends. His father Simón and Bolívar the dog usually watch while his mother Inés now works in a fashion boutique. David still asks many questions, challenging his parents, and any authority figure in his life. In dancing class at the Academy of Music he dances as he chooses. He refuses to do sums and will not read any books except Don Quixote.

One day Julio Fabricante, the director of a nearby orphanage, invites David and his friends to form a proper soccer team. David decides he will leave Simón and Inés to live with Julio, but before long he succumbs to a mysterious illness. In The Death of Jesus, J. M. Coetzee continues to explore the meaning of a world empty of memory but brimming with questions.

J. M. Coetzee: Born in Cape Town, South Africa, on February 9, 1940, J. M. Coetzee studied first at Cape Town and later at the University of Texas at Austin, where he earned a PhD degree in literature. In 1972, he returned to South Africa and joined the faculty of the University of Cape Town. His works of fiction include Dusklands; Waiting for the Barbarians, which won South Africa’s highest literary honor, the Central News Agency Literary Award; and the Life and Times of Michael K., for which Coetzee was awarded his first Booker Prize in 1983. He has also published a memoir, Boyhood: Scenes From a Provincial Life, and several essay collections. He has won many other literary prizes, including the Lannan Award for Fiction, the Jerusalem Prize, and the Irish Times International Fiction Prize. In 1999, he again won Britain’s prestigious Booker Prize for Disgrace, becoming the first author to win the award twice in its 31-year history. In 2003, Coetzee was awarded the Nobel Prize in Literature.