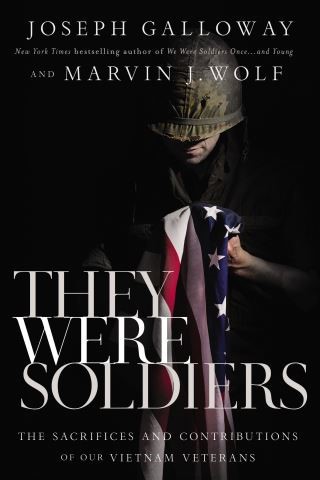 The Sacrifices and Contributions of Our Vietnam Veterans

They Were Soldiers showcases the inspiring true stories of 49 Vietnam veterans who returned home from the "lost war" to enrich America's present and future.

In this groundbreaking new book, Joseph L. Galloway, distinguished war correspondent and New York Times bestselling author of We Were Soldiers Once . . . and Young, and Marvin J. Wolf, Vietnam veteran and award-winning author, reveal the private lives of those who returned from Vietnam to make astonishing contributions in science, medicine, business, and other arenas, and change America for the better.

For decades, the soldiers who served in Vietnam were shunned by the American public and ignored by their government. Many were vilified or had their struggles to reintegrate into society magnified by distorted depictions of veterans as dangerous or demented. Even today, Vietnam veterans have not received their due. Until now. These profiles are touching and courageous, and often startling.

They include veterans both known and unknown, including:

Engrossing, moving, and eye-opening, They Were Soldiers is a magnificent tribute that gives long overdue honor and recognition to the soldiers of this "forgotten generation."

Joseph L. Galloway served four tours as a war correspondent in Vietnam and twenty years as a senior editor and writer for U.S. News & World Report. He is coauthor, with the late Lt. Gen. Hal Moore, of We Were Soldiers Once and Young, a New York Times bestseller and the basis of the film starring Mel Gibson, and of the bestselling sequel, We Are Soldiers Still. Galloway was decorated with a Bronze Star Medal, the only medal of valor the U.S. Army awarded to a civilian in the Vietnam War. He lives in Concord, NC, with his wife, Dr. Grace Liem Galloway.

Marvin J. Wolf served as an Army combat photographer, reporter, and press chief in Vietnam and was one of only sixty men to receive a battlefield promotion to lieutenant. He is the author, coauthor, or ghostwriter of seventeen previous books. He lives in Asheville, North Carolina, with his adult daughter and their two spoiled dogs.